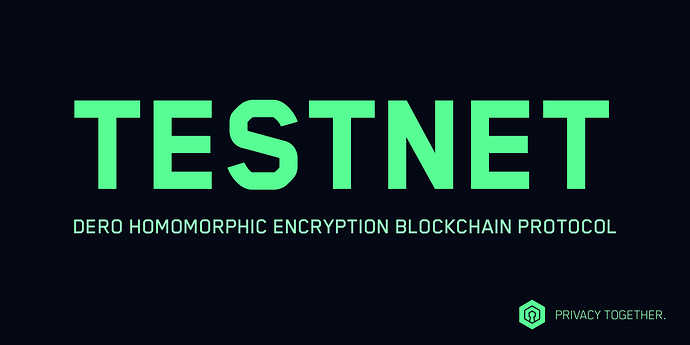 The DERO team is pleased to announce the release of a unique homomorphic encryption scheme (DERO-HE) and the complete blockchain protocol (DHEBP) for public testing. DERO will migrate from the existing CryptoNote protocol to its own DERO Homomorphic Encryption Blockchain Protocol (DHEBP).

What Is Homomorphic Encryption?

Homomorphic encryption is a form of encryption allowing one to perform calculations on encrypted data without decrypting it first. The result of the computation is in an encrypted form, when decrypted the output is the same as if the operations had been performed on the unencrypted data.

Homomorphic encryption can be used for privacy-preserving outsourced storage and computation. This allows data to be encrypted and out-sourced to commercial cloud environments for processing, all while encrypted. In highly regulated industries, such as health care, homomorphic encryption can be used to enable new services by removing privacy barriers inhibiting data sharing. For example, predictive analytics in health care can be hard to apply via a third party service provider due to medical data privacy concerns, but if the predictive analytics service provider can operate on encrypted data instead, these privacy concerns are diminished.

The DERO Project is aiming to create a platform for developers to deploy secure, open, scalable, and privacy-preserving decentralized applications. DERO is unique because we value security and privacy above all else; as a result, users are able to transact privately over our network without fear of common protocol-level and network attacks. Additionally, our technology preserves transparency where required and scales with network load, which provides an ideal environment for business-class applications.
The project is an industry leader with many cutting-edge advancements never before seen in a blockchain ecosystem:

As with our previous releases, the full source code will be available for anyone wishing to build their own binaries. The public testnet will consist of two phases:

The initial testing phase will introduce the base layer protocol, DERO-HE, and many new features new to the blockchain space. Our aim is to extensively test the following:

An example of disk requirements of 1 billion accounts (assuming one does not want to keep history of transactions, but retain all proofs to prove that the node is in sync with all other nodes).

Note: Even after 1 trillion transactions, 1 billion accounts will consume only 800 GB, and if history is not maintained, everything will be in proved state using Merkle Roots. As a result, even a Raspberry Pi can host the entire chain.

The next phase will include the DERO Virtual Machine (DVM) and Smart Contracts execution.

In order to participate in this public release, please find all necessary information below:

Note: This testnet will only support CPU solo mining (use the included dero-miner), but third-party mining software should only require minor modifications for mainnet compatibility.